When a prestigious new residential housing site was developed at a site in Cobham part of the site was occupied by existing reinforced concrete car park and outbuildings. The building was to be demolished with the rear retaining wall retained and strengthened to maintain its stability when the rest of the building had been demolished and new piled foundations were bored for new house builds on the high side of the wall approximately 2.5m above. Temporary props were installed prior to the rest of the building being demolished and the soil nail locations had to be carefully established and adjusted on site to avoid these props, existing services and clashes with the new piled foundations for the proposed houses. Before the soil nails could be drilled and installed 110mm diameter holes were cored through the existing wall in the marked soil nail locations. No information was available on the construction of the existing reinforced concrete wall and a specialist coring company were employed to core the holes through any existing reinforcement. Despite the extent of the site, working area was limited due to adjacent soft ground and other contractors preparing for the new builds. An 8 tonne excavator with Marini mast attachment was used to install the soil nails 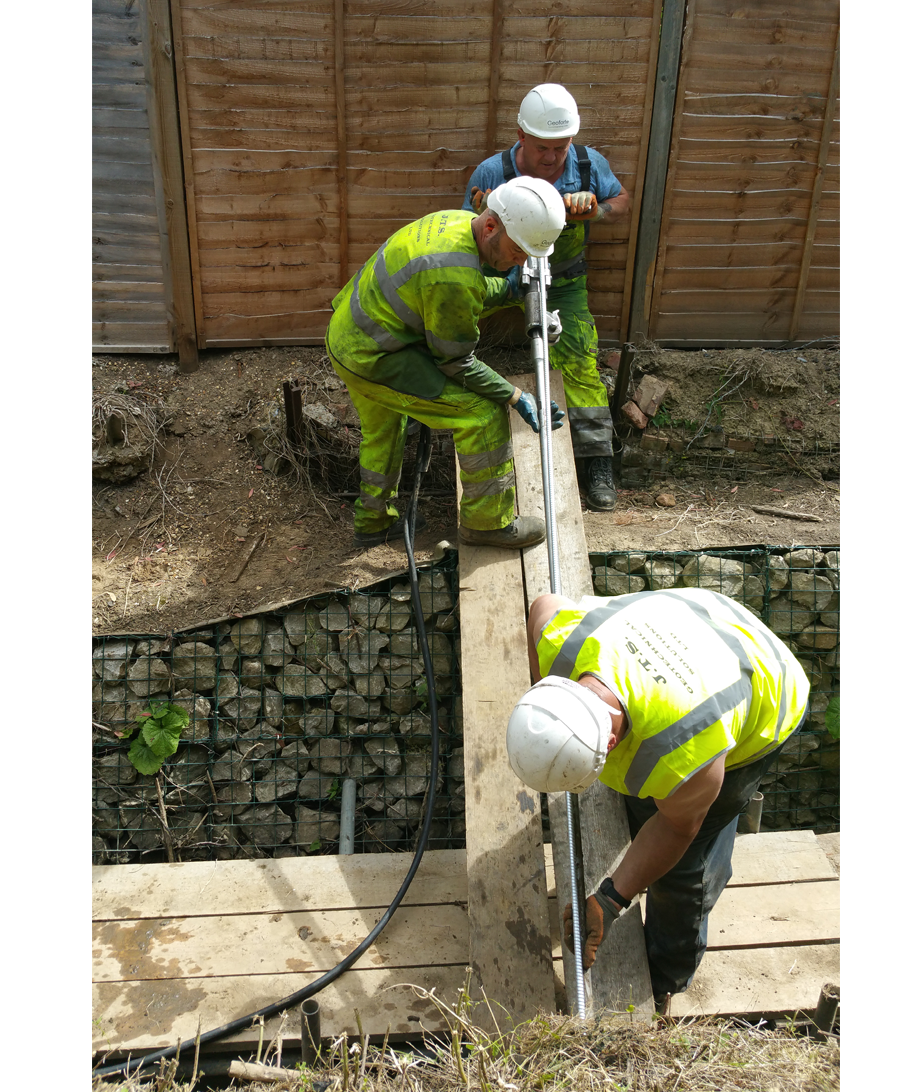